Labrador Residents Protest Dam They Say Will Poison Their Food

Billy Gauthier has not eaten in a week. The renowned Labrador Inuk carver is on a hunger strike in opposition to what he calls “cost cutting” measures from the Newfoundland and Labrador provincial energy company, Nalcor, in their construction of the Lower Churchill Hydroelectric Project in Labrador. The dam has already been constructed and flooding could begin at any moment — and that’s something Gauthier says he cannot allow.

“People have been telling us this since as soon as the papers were signed that it’s too big, you can’t fight this, you can’t change this, but we can,” Gauthier says. “People ask why we waited until the eleventh hour to do this, but we’ve tried everything else and nobody would listen. We are desperate.”

Gauthier said Nalcor VP Gilbert Bennett has spoken directly with him, asking him to stop the hunger strike because the project will go ahead as planned. 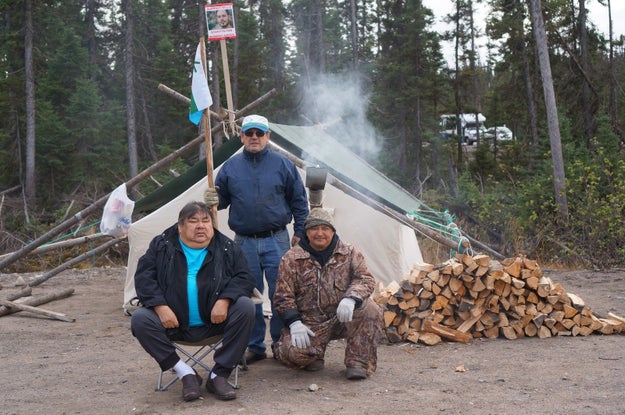 Three protesters who come from all three of Labrador’s Indigenous groups; Nunatsiavut, NunatuKavut, and the Innu Nation. Ossie Michelin

The smell of wood smoke fills the air where Gauthier and other self-described land defenders have pitched a series of canvass tents in a muddy protest zone near the main entrance to the dam’s work camp. Gauthier has been joined by three others on a hunger strike and the number of protesters has been increasing each day, with Indigenous and non-Indigenous Labradorians arriving at the camp. On October 19, over 100 people barricaded the gates of the dam construction site to prevent workers from entering.

“I come from a very large family, and we would have starved without country food,” says hunger striker Delilah Saunders, referring traditional food harvested from the land. “It’s not just a necessity but it’s part of our culture, part of who we are. I can’t imagine Labrador without it.” 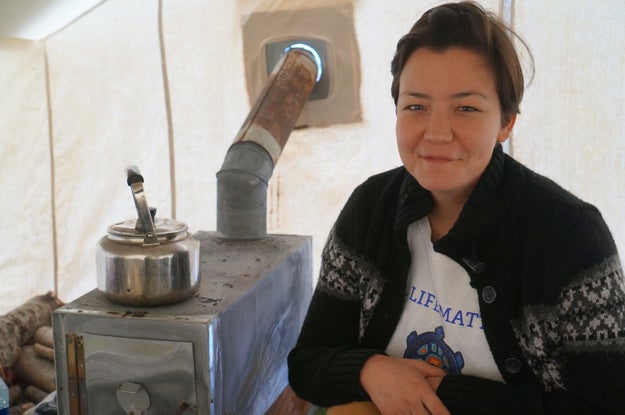 Delilah Saunders, of Happy Valley Goose Bay enters her third day of a hunger strike in protest against the contamination of Indigenous country foods. Ossie Michelin

Lake Melville is the primary hunting and fishing spot for Inuit in central Labrador. The people here rely on food from the lake to feed their families, connect them with their culture, and pass on skills and identity to younger generations. The lake already has elevated methylmercury levels from the Churchill Falls Hydroelectric project 300 kilometres upstream. The Lower Churchill project is only 35 kilometres upstream.

Pollution from the south is blown north and falls in precipitation, where it is absorbed by plant matter. Normally when these plants die they are buried and return to the earth, but when this organic material is flooded the plants rot and methylmercury and other pollutants seep out into the water. The methylmercury — a neurotoxin — bioaccumulates, meaning that it becomes increasingly concentrated progressing up the food chain. That threatens the ability for the community to access safe country food. 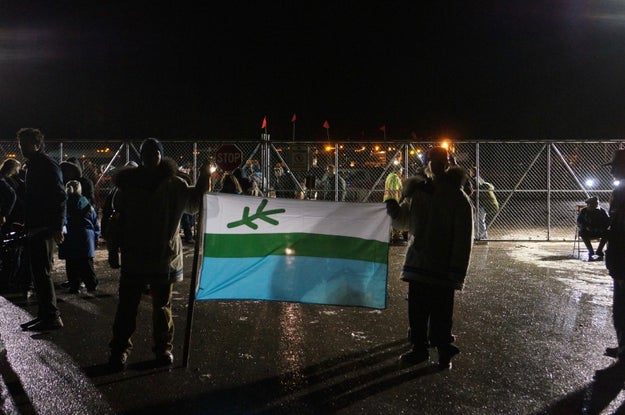 Land defenders blocked the gates to the dam site late. They say they are not leaving. Ossie Michelin

A study by researchers at Harvard University found that methylmercury levels in Lake Melville could spike by 380 per cent, but Nalcor dismissed the study saying their researchers have found the mercury levels would be much lower. Activists say the project is being “greenwashed” in order to sell electricity to New England as a means for Nalcor to meet carbon emission targets. 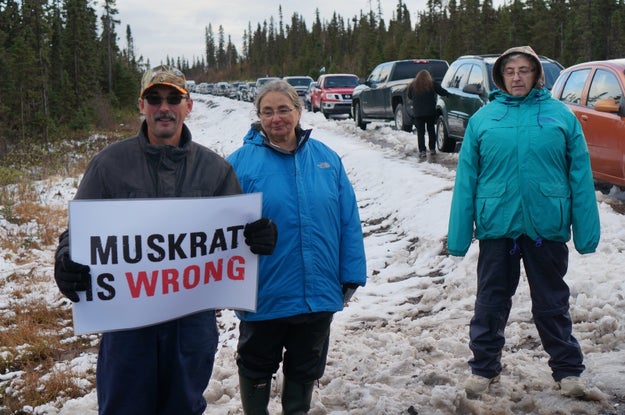 Over fifty vehicles lined up outside the protest camp as demonstrators shut down the entrance to the dam construction site. Ossie Michelin

The dam is already billions of dollars over budget, and years behind schedule. The project is also facing a very different energy market than when it was first given the go-ahead in 2008. Initially in the environmental impact study Nalcor proposed to remove all vegetation and debris from the dam’s flood basin. This would prevent mercury built up in the plants and soil from contaminating the local food web. 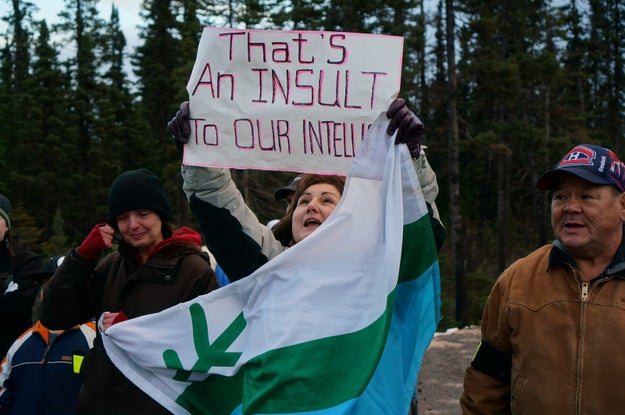 On Wednesday, Nalcor said they expect methylmercury levels to rise in the lake’s fish over 5 to 15 years, to the point where people may be advised to stop eating it. That same day, the province ordered the company to remove more vegetation before flooding begins.

But Gauthier says Nalcor must remove all plant life and topsoil to protect the lake.

“It’s all or nothing,” he says. “We’ve made ourselves very clear, they must remove all of the organic material in order to protect our waters. We are not backing down. We are right and we will win. I am willing to give up my life if it will expose to the world just how sick this company really is.” 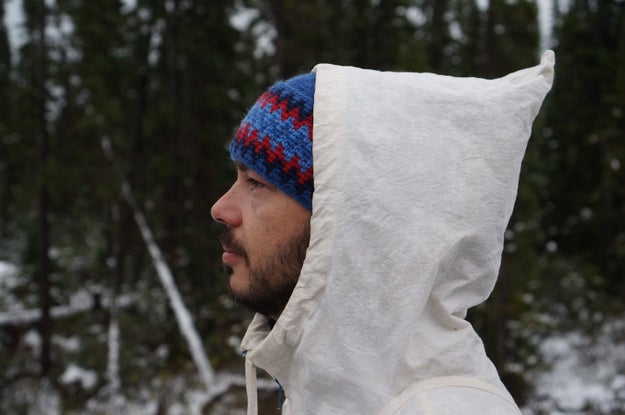