While former mayor Bill de Blasio was responsible for many of the city's bad policies, current mayor Eric Adams has made a concerted effort to exacerbate them.

That is, when he isn't busy dancing maskless in a restaurant, going to Broadway shows maskless, or partying at a club maskless.

During a recent press conference, Adams explained that he will make one of his most heinous decisi ...

When it comes to sanctions, Russia’s neighbours must show their true economic colours

The situation in Ukraine is a stain on humanity. Russia – which so brazenly celebrated the victory over Nazi Germany with moral high ground and ceremonious virtue – will eventually have to come to terms with the crimes it has committed on its sister nation’s soil, against its own brothers and sisters. It may not do so for a generation. The West, in turn, will have to reconcile wi ... 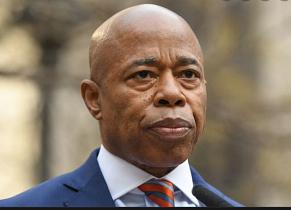 New York City's mayor Eric Adams is seeking to sweep homeless people off the street [above video] and into the city's horrific homeless shelters [below video] under the threat of arrest.  According to Mr Adams, these filthy shelters which is the home of unspeakable substance abuse and ensuing violence are "all right".  But, I would like to see him stay their for one night.
The truth o ... 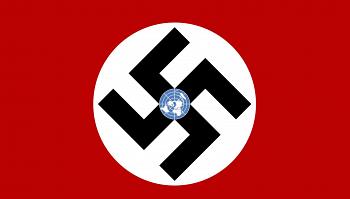 Trump negotiated peace and brought no wars during his administration, and that wasn't commercially profitable for the political-military-industrial complex. That's why it's apparent that Trump wasn't allowed to win the last presidential election.

In the above video, a Ukrainian parliamentarian now tells us the apparent purpose of the Biden administration along with a globalist clique in re ...

The next provincial election is just a few months away, scheduled for June 2022 and the Ford government's handling of the COVID-19 pandemic is bound to central issue. Political experts and observers have admitted that the clouds of uncertainty that surrounds life during the pandemic will have a huge impact on the outcome of the next provincial election. While Doug Ford, the current pre ...

Is this nasty thing eating away at peoples nervous system? Read on---Hydra vulgaris, the fresh-water polyp, is a small animal freshwater hydroid with length from 10mm to 30mm and width about 1 mm. The hydra have four to twelve tentacles that protrude from just outside the mouth. They feed by extending their tentacles and waiting for food to touch the tentacles. They then bring the food t ...

Are you interested in the defence of rights, freedoms and a Just Society for all?

Are you concerned about the oppression during the pandemic which includes vaxx mandates and passports?

Do you have a track record of community involvement and leadership?

We're seeking articulate candidates in the Greater Toronto Area and across Ontario,

Become a candidate for the Ontario ...

"My grandson was just stillborn at a Vancouver hospital at 8 1/2 months into the pregnancy. My daughter got the damned poison vaccine one month ago because she couldn’t go to restaurants and people were freaking that she was unvaxxed. I want to sue the government." ...

Are you an Ontario voter?
Are you seeking to support an anti-oppression-oriented provincial political party which embraces human rights and freedoms including the ability of trained doctors to present data and findings about the COVID-19 vaccine that's free of censorship and persecution?
If so, you many want to become a member of the newly established Ontario People's Front.
They are seek ...

How To Find The Best Bonus For Online Casino

Looking For a Spot to Camp Near Fort Collins? Here Are Some Fantastic Campsites...