If there was a competition for the area in Toronto that's changed the most over the last decade, Humber Bay Shores would certainly be in the running. For all the focus on the transformation of Yonge St. and the central waterfront, this western enclave overlooking Lake Ontario has sprouted up so quickly one would think it was planted with magic beans.

A decade ago, the section of Lake Shore Boulevard to the east of Park Lawn was a motel strip. Condo development had begun all the way back in 1978 with the first tower of Palace Pier, but it wasn't until the mid 2000s that the area underwent the first phase of the massive transformation that's still ongoing today. 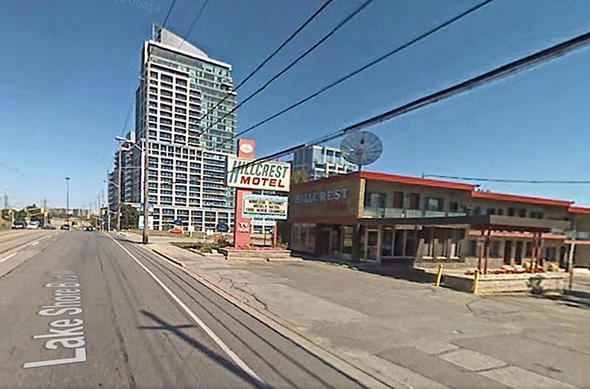 Talk a walk along the waterfront trail adjacent to Marine Parade Dr. and you'll encounter a neighbourhood that seems well established. Condos like Nautilus, Breeze, Beyond the Sea, Marina Del Rey, Grand Harbour, the first phase of Westlake have already done so much to revitalize an area that was defined by transience and seediness.

But the development boom shows no signs of stopping here. By the end of the decade, there will be a host of new buildings towering above Humber Bay Shores, the name that this burgeoning neighbourhood goes by. The nearly complete 49-storey Key West development is just one of host of projects transforming the area. 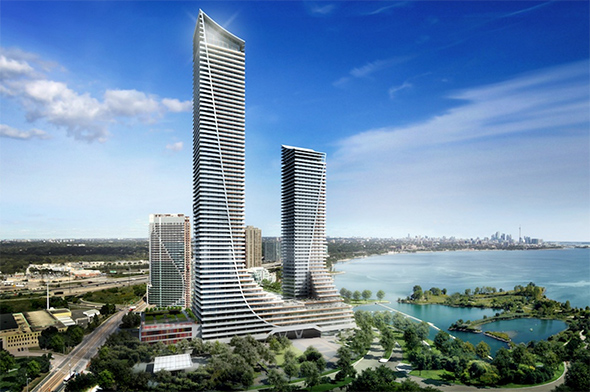 Perhaps the most stunning of the condos planned for the western waterfront is the Eau de Soleil project, which despite the embarrassingly bad name, is actually a stunning project headed up by Richmond Architects and Zeidler Partnership Architects featuring two towers that will come in at 66 and 49 storeys, respectively. 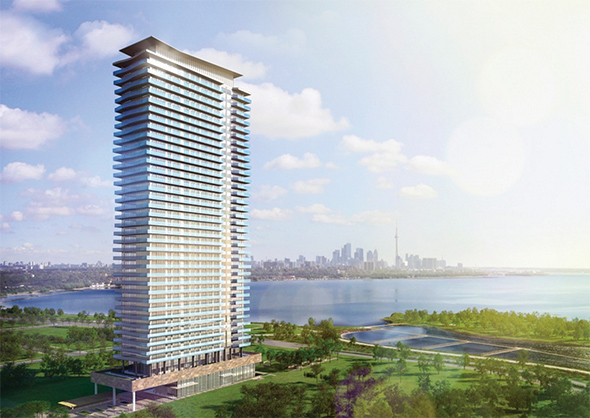 Somewhat less stunning, but still promising is the Jade Waterfront development, which is quite far along the construction process. Designed by Quadrangle Architects, it boasts a wave pattern that reflects its proximity to the lake, though only on two sides of the building. It's already reached its 41-storey height as construction wraps up. 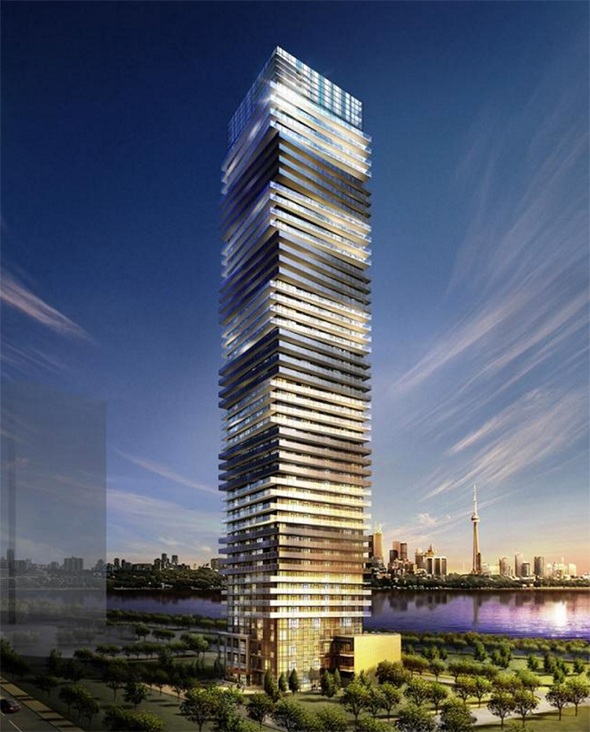 Also nearing completion are two sister projects, Lago at Waterfront and Riva de Lago, which will add 49 and 14 storeys to Humber Bay Shores. The taller of these buildings is more noteworthy from an architectural standpoint, with alternating light and dark balconies that render it distinct from the anonymous-looking condos that were first built here in the mid 2000s (e.g. the Waterford Towers). 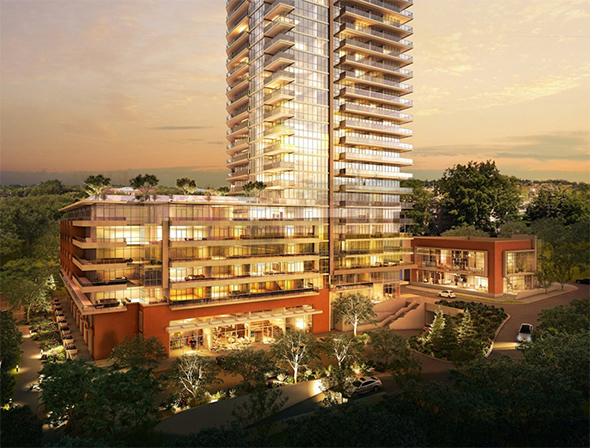 Moving along, Westlake Encore is a few years away from completion, but it will be the final piece in the a complex that already includes four towers and ground-level retail including a Metro grocery store that's proven key for the neighbourhood. The new tower will rise to 46-storeys, putting it inline with its neighbours. 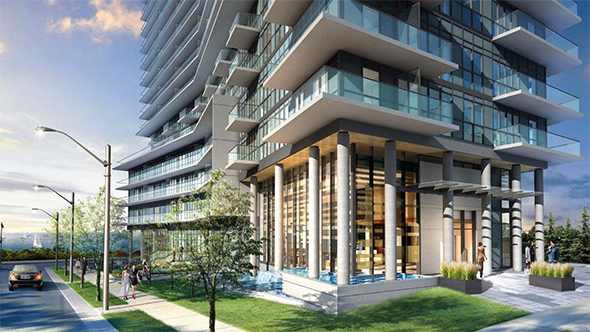 The nearby Waterways complex will feature two buildings at 56 and 16 storeys respectively. The shorter of the two, which is called the Cove at Waterways, is further along than the tower, which likely won't be completed in until 2018. These developments are located in the central section of Humber Bay Shores, just north of Marine Parade Dr., which is the heart of the neighbourhood.

Beyond 2020, expect Humber Bay Shores to continue to grow and intensify. The fate of the Mr. Christie lands to the north of Lake Shore Blvd. remains a question mark, as the owner fights to have it rezoned for residential development. The 27 acre site will play a decisive role in determining the long term character of the area, but that won't come into focus for a number of years.

Alien orb appears in front of security camera in Germany...

Why calls for Americans in Canada to vote in U.S. elections fall on deaf ears...

Government of Canada receives proposals to replace its fighter jets ...