In the course of the last decades a growing body of evidence, compiled by a number of researchers, suggests that a very large and critically sensitive covert endeavour to understand, “reverse engineer” and harness technologies and processes possessed by extraterrestrial or alter-dimensional beings has been undertaken under the auspices of elite-driven interests.

Come Carpentier reviews some of the facts that point to this largely hidden reality on the basis of some recent books, including Michael Salla’s latest work: “The Challenge of Exopolitics”.

In recent years a few books have presented various facets of a hitherto largely ignored reality that seems to intrude into every aspect of our lives. I refer to the increasing likelihood that the forces at play beneath the spiritual, ecological, social, political and economic crisis that befalls us are hidden from view and remain inscrutable from a conventional rational perspective. If this exordium is mystifying, the best way to clarify what I am pointing at is to mention the titles of the books that I will use as beacons in this exposition. One is Dr. Michael Salla’s Exposing Government Policies on ET Life – The Challenge of Exopolitics (2009), another is Richard M Dolan’s UFOs and the National Security State – An Unclassified History (Vol. I- 2002), another yet is Prof. Peter Dale Scott’s Drugs, Oil and War (2003) about “Deep Politics.” I also have in mind John Perkins’s Confessions of an Economic Hitman (2004) and Timothy Good’s Need to Know: UFOs, the Military and Intelligence, Jim Marrs’ The Alien Agenda  (1997) as well as Dr. Steven Greer’s Hidden Truth, Forbidden Knowledge (2006), Dan Sherman’s Above Black – Project Preserve Destiny (1997) and Paola L. Harris’s various works, including the latest entitled Exopolitics: All of the Above (2009).

A special mention must be made of the cryptic and prophetic writing entitled Behold a Pale Horse, authored in 1991 by the late Milton William Cooper, a former Naval Intelligence Officer at the US Pacific Fleet Command, a seminal work.

In a nutshell, the theme or at least the proposition that underlies those books and connects them is that there is a secret world (or quasi-global) government which is by definition neither democratically elected nor publicly accountable, and which may have been able to connect with or tap into forces that are at least partly non-human and possibly originate outside our planet.

Though not all the cited books make the latter allegation, which some authors such as John Perkins or Peter Dale Scott may not agree with, they all bring various pieces to the puzzle we are trying to construct – or unravel, and all demonstrate and conclude that the global socio-political and “scientific” reality is not what most people are taught and subsequently believe it is.

What are, in brief, the elements of proof or the indications which lead us toward that stunning and yet not unprecedented conclusion?

1. Many authors, even among those of relatively conservative persuasion, have shown or acknowledged what Nafeez M. Ahmed calls “the increasing criminalization of the state” at the global level, but particularly applying to the most powerful or leading states, beginning with the “sole superpower” and its closest allies: the UK, Israel and other NATO members.

Ahmed asks in the same article entitled “Torture, Rendition, Terror and Oil: a Primer on Deep Politics”: “In the service of what powerful vested interests are states acting in this increasingly criminal manner?” and provides in response the definition coined by Peter D. Scott for “deep politics”: “(a system) in which institutional, non-institutional and para-political bodies, criminal syndicates, politicians, judges, media, corporations and leading government employees, resort to decision-making and enforcement procedures outside… law and society.

What makes these supplementary procedures “deep” is the fact that they are covert or suppressed, outside public awareness as well as outside sanctioned political processes” (in “Drugs, Oil and War”).

Ahmed adds that this situation generates “a form of police-crime symbiosis where the defining parameters of which side controls the other are no longer clear.” John Perkins is one of several expert witnesses who, as a former actor within the system (“an economic hit-man” as he defines himself) has documented and shown how this criminal hidden ruling structure spread its tentacles to control global economy and politics. He provides a vivid illustration of the operational methods used by the global powers-that-be, some of which were analyzed by Noam Chomsky in his books “ Manufacturing Consent ” (1988, with Edward S Herman) and “ Necessary Illusions ” (1988).

2. Dolan, Salla, Good, Sherman, Marrs,  Harris, Greer and a host of other researchers have gathered and presented some of the massive evidence that our planet has been for many decades at least under the frequent or constant watch of intelligent highly technological “alien” (?) visitors who may or may not be “human,” but who do not belong or report to any known governments or corporate authorities in any country, and who often interfere with military, energy-producing, telecommunications, aeronautical and astronautical systems and organizations, with the apparent design to prevent any aggression from “our” side and to curtail or control our defensive and offensive capabilities.

Many nation-states have now acknowledged through the relevant official agencies or from the lips of very senior political and military leaders that they have been aware of this presence and potential threat for many years and have tried, without much if any success, to track down, study and understand the nature, origins, motives and goals of the “unknowns”.

A documentary by Jose Escamilla entitled “The Greatest Story ever denied – Proof of the Alien Presence” in one of several that provides hard and solid visual evidence from NASA and other “official” records about alien ships filmed in the atmosphere and in outer space.

3. Some researchers , especially Michael Salla and his colleagues in the realm of Exopolitics, Paola Harris, Alfred Lambremont Webre, Stephen Bassett, NASA astronaut Edgar Mitchell, Greer, Victor Viggiani and others, (supported at least in part by many “whistle blowers” and by various high level government officials such as the former Defence Minister Paul Hellyer from Canada, Admiral Lord Hill Norton, former Chief of the British Defence Staff, French Defence Minister Robert Galley and General Bernard Norlain, once Hill Norton’s counterpart in the French Air Force, the late Colonel Philip Corso from the USA, Dr. Jacques Patenet, Director of GEIPAN at the CNES (the French NASA), Prof. Jean-Claude Ribes, associate director of the National Institute for Astronomy and Geophysics, France and Nick Pope who headed the “UFO Desk” at the UK’s Ministry of Defence) have documented apparent Extratrrestrial influences on worsening socio-economic, political, and environmental issues.

The effects in our polity

Richard Dolan, one of the most “political” of the authors mentioned defines the situation very well in the preface to his aforementioned book (UFOs and the National Security State): “America is a country with a bad conscience, nominally a republic and a free society, but in reality an empire and oligarchy: vaguely aware of its own oppression.” He describes the mysterious realm of “special projects” surrounding government military UFO intelligence and research as “a project that is taking place in near complete secrecy, for purposes unknown, by entities unknown, with access to apparently substantial resources and technology.”

It is noteworthy that various highly sober and experienced professionals of space exploration as Dr. Edgar Mitchell do not dismiss such apparently incredible allegations, but rather give them the benefit of doubt. Mitchell has often gone on record to state that he is convinced of the existence of a “cabal of insiders” which controls relations with the Aliens and the study of their technologies.

Come Carpentier De Gourdon is currently the Convener of the Editorial Board of the World Affairs Journal, a quarterly publication dedicated to international issues, sponsored by the Kapur Surya Foundation (a co-sponsor of the “World Public Forum for Dialogue of Civilisations”) New Delhi, India. He has been associated with various businesses and not-for-profit organizations. They include the Nuclear Disarmament Forum and the Foundation for Global Dialog, Zug, Switzerland (in 2001-2002), the Tissot Economic Foundation of Neuchatel, Switzerland (1991-2000), the Global Commission to Finance the United Nations (from 1994 to date), the FEGAWERK Group of Companies, Switzerland (1991-1999), the Business Council for Sustainable Development (BUSCO, Paris, France, 1994-1995), Planet India Ltd. of New Delhi, India (from 1995 to date), the Conference of World Affairs of the University of Colorado in Boulder, U.S. (1985 to 1988), Orbit Productions, Washington D.C., USA (1987 to 1989), the Together Foundation for Global Unity of Caracas, Venezuela and Boulder, Colorado (1990-1992) and the Swiss Academy of Technical and Engineering Sciences (SATW)(1992-1993) among others. He is the author of numerous papers including a presentation at the 2006 World Public Forum on “The Case for Exopolitics: Ushering in a Cosmic Dialogue.” His website is: LINK 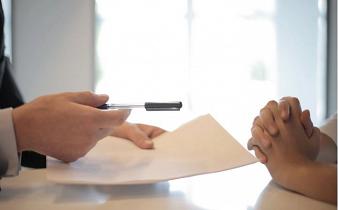