The Harper government is about to push through a set of electronic surveillance laws that will invade your privacy and cost you money. The plan is to force every phone and Internet provider to allow "authorities" to collect the private information of any Canadian, at any time, without a warrant.

This bizarre legislation will create Internet surveillance that is:

A range of "authorities" will have the ability to access the private information of law-abiding Canadians and our families using wired Internet and mobile devices, without justification.

The laws leave our personal and financial information less secure and more susceptible to cybercrime.

Internet services providers may be forced to install millions of dollars worth of spying technology and the cost will be passed down to YOU.

If enough of us speak out now the government will have no choice but to stop this mandatory online spying scheme.

Stephen Harper was Reform Party Policy chief, at a time when it had numerous members of the white supremacist group Heritage Front as members. Trevor Harrison, further documents that Mr. Harper even had Heritage Front members doing security for Preston Manning at Reform Party events in Ontario. The Reform Party would evolve into the Alliance Party of Canada, which sought to take over the Progressive Conservative Party of Canada (PC Party) toward the formation of the "Conservative Party of Canada". The taking over of the PC Party was sought to provide legitimacy to a movement that was largely continued to be perceived a fringe group from Alberta. However, the current Conservative Party is still apparently governed by the same fringe Reform Party mentality, which in turn is linked with the architects of the far right Northern Foundation.

When Stephen Harper was a member of the ultra-right-wing Northern Foundation in 1989, Mr. Harrison documents that this was a group that had numerous Neo-Nazi skinheads as organizers, as well as a leadership that included a well-known white supremacist and anti-feminist crusader as a prominent leader that sought to take over the mass-media to enable the fulfillment of a right wing agenda. The Northern Foundation, with the support of corporate allies was able to get Mr. Harper elected in the first place by indeed, taking over the mass-media in Canada. This was done to shelter Mr. Harper from the kinds of critical journalism which had kept him out of power, in the first place. Corporate mass-media owners would seek to remake Mr. Harper and the Conservative Party from being ultra right, into a fabricated image of a non-threatening "moderately conservative" party.

Trevor Harrison also documents that “He [Mr. Harper] had little trouble doing so, as the media had been largely muffled by one fact: press baron Conrad Black, then reaching the height of his powers was also a member of the Northern Foundation and equally shy about having it publicly known." Mr. Harrison elaborates that, "Journalists feared incurring his wrath as he employed many of them at the time, and was a potential employer for those whom he didn’t employ. Had they made the membership list public, Mr. Black would have been exposed."

Now that Mr. Harper has been able to seize power by taking over the PC Party (through a breach of contract law), and with the help of, for example, media owners of CanWest Global (that form example, controls many Canadian newspapers including the National Post, and the Ottawa Citizen) who donated money to his political campaigns, the Conservative Party in association with the Northern Foundation now seeks to focus on the fulfillment of an NWO agenda. 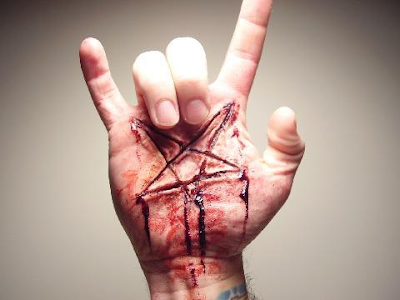 Mr. Harrison, also links former Reform Party leader Preston Manning, who continues to be a leading intellectual of the Conservative Party, right-wing author David Frum (linked to the current U.S. Bush administration), Toronto Sun columnist Peter Worthington and others, as having been affiliated to the Northern Foundation.

The roster of conservative adherents speaking at foundation conferences in 1989, 1990 and 1992 is equally instructive, further to Mr. Harrison's very detailed documentation. Among speakers were Dr Walter Block (the Fraser Institute), Ed Vanwoudenberg (leader of the Christian Heritage party), Lubor Zink (an extreme right-wing columnist with the Sun chain), Dr. John Whitehall (of the Canadian Christian Anti-Communist Crusade), Ron Leitch (president of the Alliance for the Preservation of English in Canada), Gwen Landolt (founder of the right wing organization REAL Women), Ken Campbell (founder of Renaissance Canada), Paul Fromm (former member of the Western Guard, a neo-fascist group, and later of CFAR), and author William Gairdner. The Foundation’s quarterly, The Northern Voice, had sought to regularly provide advertising space for these same individuals, their fascistic visions, and their related organizations.

Ostensibly, therefore, the Northern Foundation has sought to be a vehicle for bringing together several disparate right-wing groups and otherwise for disseminating a Neo-Nazi ideology. Significantly, it also had cultivated substantial connections to the Reform Party, which would eventually evolve into the current Conservative Party of Canada.

Mr. Harrison also documents, that the Reform Party under the watchful eye of Preston Manning and Stephen Harper, housed former Neo-Nazi Western Guard (an infamous Toronto-area hate group launched in the 1960’s) members like Leigh Smith, and Wolfgang Droege. Mr. Droege had gone on to form Heritage Front and brought other members of that group into the Reform Party and eventual Conservative Party political interests.

More on the makings of the Northern Foundation

The Northern Foundation’s president was Rita Ann Hartmann, widow of former Western Guard radical Paul Hartmann. Ms. Hartmann had moved to Ottawa in 1987 with her six children, two of whom were skinheads who would go on to recruit on behalf of the Heritage Front in the national capital. The Hartmann family, the Toronto Star elaborates. lived in a huge home at 25 Delaware Avenue, in the well-to-do Golden Triangle neighbourhood. From there, Hartmann maintained connections with Neo-Nazi groups across North America. In March 1990, for example, she wrote to the ultra-violent Confederate Hammerskins of Tulsa, Oklahoma, using an alias she favours, Eleanor Cameron. Out of the same address, Ann Hartmann busied herself with REAL Women of Canada. Ms. Hartmann, who has a law degree from the University of Toronto, provides legal advice to REAL Women. In April 1989, for example, she gave an anti-abortion speech to a REAL Women conference at the Radisson Hotel in Ottawa.

Author, Mr. Harrison also further documents that the Northern Foundation’s inaugural conference was also attended by a well-known Conservative MP; a founder of Alberta Report magazine; a senior representative of the Alliance for the Preservation of English in Canada; and a columnist for the Toronto Sun. Many of those associated with the Northern Foundation would go on to play key roles in the Neo-Nazi Heritage Front. These persons include Steve Dumas, the Foundation’s research officer, who would write a regular column in the Front’s Up Front publication under the pseudonym Steve Baker; Geoff Lupton, who had made an unsuccessful attempt in 1989 to establish a Nationalist Party club at Carleton University and who used the pseudonym Geoff Edwards when working on behalf of the Heritage Front; and Eric (Stilts) Hartmann, son of Paul and Ann, who was moved to pen an anti-abortion editorial for Mr. Droege.

Colin Brown, the founder of the NCC, began his conservative crusade in 1967 with a full-page ad in the Globe and Mail attacking the federal Liberal government’s plans for a national medicare scheme. Brown would eventually incorporate the far right National Citizens’ Coalition in 1975.

The original Nazis, under Adolf Hitler, believed that a certain in-group of white Europeans, are descendants of Extraterrestrials called "Aryans". Neo-Nazis or "modern Nazis", further believe that these racially superior group of whites, are destined to once again rule the world, under the religious guidance of these "Aryans", through the creation of a "New World Order" (NWO). "Globalization" is a project among these elites, toward the creation of the NWO.

As social Darwinists, Canada's Neo-Nazi intellectuals believe that society and the world in general, would be strengthened when weaker "mongrel races" accept their "inferiority" and are allowed to perish, without the protection of social policy, like universal public healthcare, and human rights. Neo-Nazis view war i.e. the "War on Terrorism", as desirable, to create a "warrior society", and to ensure that the resources of the world are under the direction and exclusive control of "Aryan descendants". A "warrior society" glorifies militarism and military service to defend against "enemies of society", which include human rights and social activists.

The Northern Foundation of which Mr. Harper was a member, is a male-dominated and self-anointed "white brotherhood". Females are not excluded though, provided that they accept its highly conformist and male chauvinistic culture of fascism.

Mr. Harper would eventually "officially" break-away from this group. Indeed, it would be unfair to Mr. Harper, to continually link him ideologically to a group that he may have simply sought to explore, in his process of political exploration and outreach. However, upon closer examination, the substantive policy direction of the Conservative government, appears to be emphatically driven by the expressed agenda of the Northern Foundation. This includes massive cuts to programs aimed, for example, at advancing the status of women; and protecting minorities from institutionalized discrimination.

The Neo-Nazism, that is associated with the Foundation, also ideologically embraces sexual repression; homophobia; and seeks to prevent constructive measures to redress the plight of the poor, which include senior citizens and children.

The apparent goals of the Northern Foundation, through the Harper government, appear to be to replace Canada as we know it, (as a progressive society), into being a regressive society under the U.S. colonial control, under the direction of a self-anointed Aryans. In other words, Mr. Harper appears to be attempting to use public office designed to defend the national interests of all Canadians, to carry out the apparent private agenda of a clique, whose members are determined to transform Canada into their own bleak fascist image under U.S. control.

7 Questions to Ask Before Refinancing a Mortgage

What Can I Do With a Finished Basement?...

What Type of Fire Safety and Protection Equipment Do I Really Need?...

Advice for Starting a Business During Lockdown...