Action has always been known to speak louder than words. The actions of John Summers, an Ottawa based lawyer has left a lot of well-meaning citizens dumbfounded and shocked. This is a lawyer who claims to really value human decency and family values with his words but does the complete apparent opposite with his actions.

Fabricating lies about another person in the court of law is an offence that law practitioners tend to frown upon. However, John Summers did not only fabricate lies to keep Raymond from seeing his mother, Dezrin Carby-Samuels but also went ahead to blatantly pursue a negative agenda against an elderly woman. Dezrin is a woman who has had her fair share of abuse from both her husband, Horace and daughter, Marcella. She and her son Raymond saw the law courts as their last resort in their quest for justice to prevail. However, the complete opposite is what they obtained thanks to John Summers' apparent campaign of manipulation of court procedure and deception

The era where lawyers were deemed as honest and truthful is long gone as is being shown being John Summers. For a lawyer to be able to produce a non-truthful and deceitful affidavit claiming that Raymond  suffers from "mental illness" when that is not the case shows the lengths that lawyers of John Summers’ calibre are willing to go in order to try twist court procedure to their advantage at the possible expense of human life or the perpetuation of human suffering.

John Summers also claimed that his client, Horace Carby-Samuels was ignorant of the procedures adopted by courts which is the reason why his client could not file any defence. However, Horace Carby-Samuels happens to be the same person who had enough belief in his legal capabilities that he decided to do away with the services of his lawyer in order to represent himself during a legal battle against both the Government of Canada and his union during the 1990's.

There are certain values and ethics that keep society together and differentiate humans from other living things in the world and respect for the elderly happens to be among such things. However, if for the love of money a lawyer who has sworn to always ensure that justice prevails is able to trample on the fundamental human rights of a sick mother and her son, then something definitely is wrong somewhere. The basic things like empathy and love for humanity that makes us human are now being thrown away just for the love of money.

Where did humanity really go wrong? How can the life of an elderly woman be exchanged for a few bucks? Since when did humans become so cruel to one another? These are questions that beg to be answered but can’t and the behavioural patterns of people like John Summers also makes it even more difficult to understand. If a lawyer can lie under oath against an elderly woman just to please his client, then the world is really about to come to an end.

With Dezrin being unable to walk, speak or even write, the fraudulent activities being perpetuated by John Summers will only help in negatively impact her health. The behaviour of John Summers is bad for society and humanity and should be condemned in no uncertain terms.

One report from a reliable source alleges that Dezrin died four months ago as a result of evil actions of John Summers.

Mr. Summers had no business practicing law anywhere in Canada for the torture he has put this elderly black woman since 2016.

John Summers can be regarded as little more than a handsome demon.

The Fundamentals of a Successful Real Estate Investment 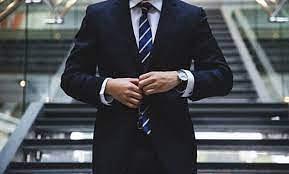 Make Nutrition a Priority for Your Pet...

Top celebrities who have gotten nude on screen...