Japan is feeding its babies no radioactive milk. But the apparent archons who preside disinformation on the Fukushima crisis have declared mothers have nothing to worry about concerning radioactive milk contamination. 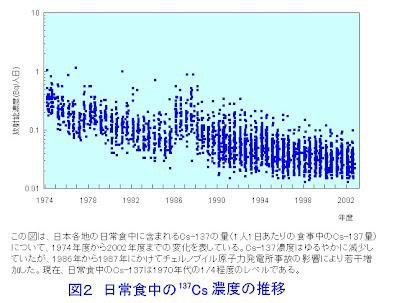 That would be 34 to 340 times more than the pre-Fukushima accident level of radioactive cesium intake per person per day.

But bureaucrats at the Ministry of Health are confident. No effect on health. One expert chimes in with his tweet, saying "We shouldn't be hurting the feelings of mothers who have fed their babies with this formula by making a big deal out of it. We shouldn't make them feel worried or regret". He continues by implying the amount of radioactive cesium is too small to cause any effect.

(UPDATE: Infants at one nursery school in Utsunomiya City in Tochigi Prefecture have been fed with this contaminated milk, according to the city. If you read Japanese, here's the link to Yomiuri Shinbun Tochigi local version.)